Rip Curl is an Australian brand with over 50 years of experience making high-quality products for surfers. In our store, you can buy Rip Curl swimwear and wetsuits, but also Rip Curl Backpacks, Watches, or many other accessories. Take a look at the wide variety of Rip Curl products we have for you. If you have any questions, you can always contact us for advice.

In 1969, two surfer friends, Doug Warbrick and Brian Singer, started shaping boards. One year later they chose start the production of wetsuits. With an old sewein machine and cutting the pieces on the flor of the property they used as a studio, they started with now everyone knows as Rip Curl.

With a great aceptation on the local surf scene, their next move was give something on return to the community sponsoring a surf comp. It was the 'Rip Curl Bells Beach'. The rest is history. Now a days is the most follow surf competition around the world and, the best surfers dreamming about ringing the bell.

The great inversion on the product and the constant feedback with the local surfers made them quickly famous worldwide.

In the half '90s Rip Curl shooked up the surfing world inventing the first zipperless wetsuit, today the Flash Bomb has won 3 years on a row the SIMA best wetsuit of the year.

The summer range also includes the high end features for surfers comfort on the water. 3/2, Long John, Short John or neoprene jackets comes with the best materials and diferent design combinations.And don't forget about the soft rashguards with UV protection, so you can travel to exotic places without damage your skin.

The surfer girls has their own range

Rip Curl knows that girls want to surf with the best, so they use the same high end materials on womans ranges putting an effort on the aesthetics and design. Who doesn't know the Bomb Shell Series? For sure the best touch of colour for cloudy days.

The best about the summer is that you can surf in your boardshorts or your bikini, go to the beach by walking or just 'practice' The Search of unknown waves. Can you feel the sunbathing on your skin?

Clothes and accesories for a live by the sea

Rip Curl not only offers wetsuits and technical gear, but also has a wide range of clothes for a functional and stylish life style. Made for surfers, by surfers.

Never be late on the seek of waves! With Rip Curl you can also have watches and tide watches to show off. Never miss a session with the GPS Search.

Send us a message 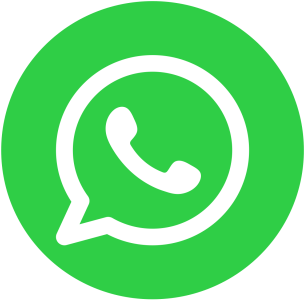 COOKIES POLICY
TablasSurfShop S.L uses its own and third party cookies for strictly functional purposes, enabling navigation on the website, as well as for analytical purposes, to show you advertising (both general and personalised) based on a profile drawn up from your browsing habits (e.g. pages visited). This is done to optimise the website and to be able to assess the opinions of products purchased by users.

Press the Accept Cookies button to confirm you have read and accept the present information.
After accepting, we will not show you this message again, unless you delete the cookies from your device.
Accept Configuration
Cookie Settings